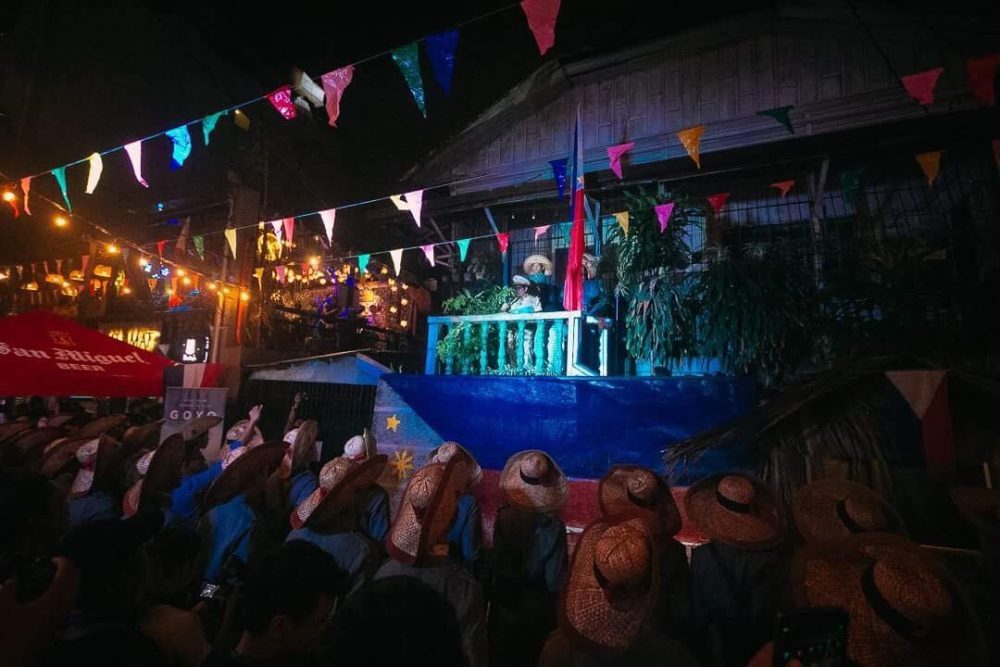 It could not be said any better: The Filipino spirit is, indeed, weather-proof. It was a rain-soaked Tuesday night but the torrential downpour did not stop locals and foreign travelers alike to join in the Philippine Independence Day celebration at the “ Repoblacion ng Pilipinas.” It was a street party of historic proportions! 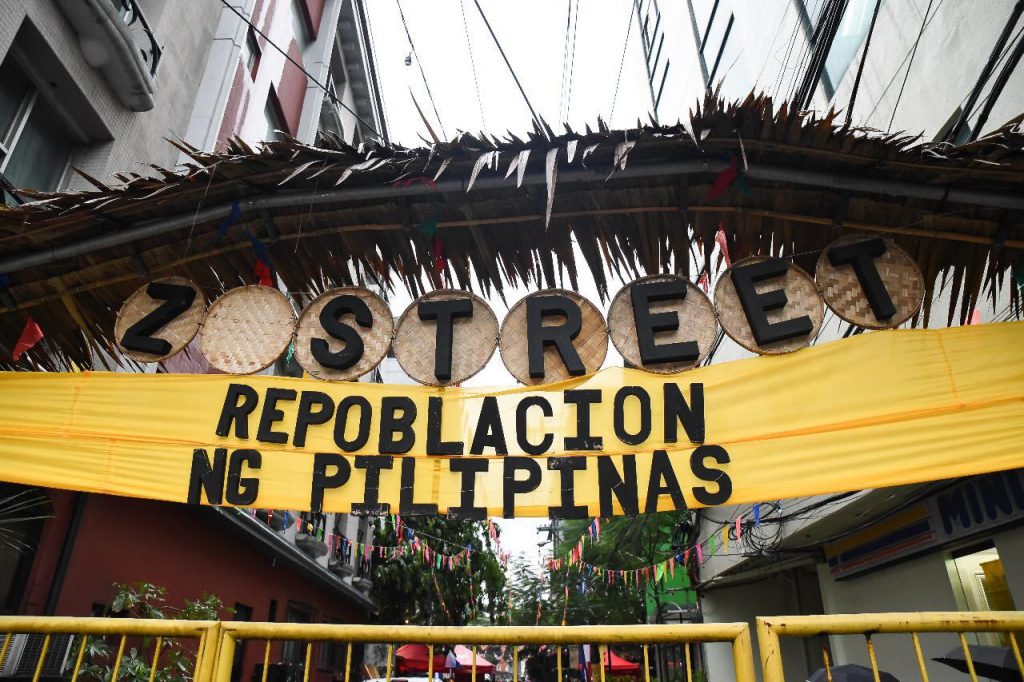 Group and in cooperation with the other establishments of Z Street turned the streets of Poblacion, Makati into a visual spectacle of everything Filipino: Philippine flags, banderitas, street food, folk dances, and the brand of fun only Filipinos can bring out.

The night officially started with a full marching band trooping down the streets of Alfonso and Don Pedro, making way for an amazing reenactment of the independence declaration on a balcony featuring the cast of upcoming historic movie “Goyo” and the singing of the national anthem — a brief but meaningful moment given the trying times of the country today.

The Marikina Dance Guild, despite the occasional rain showers, showed nothing but the brilliance, grace, and fun of Filipino folk dances throughout the night, especially the heart-stopping Tinikling to which guests took turns in trying it out.

Establishments like Agimat and Alamat also had Original Pilipino Music performances in their pocket stages as well as a showcase of modern cocktails inspired by Filipino tastes and featuring homegrown rum Don Papa. Guests reveled through the energetic performances by Kjwan, Razorback, and Raymund Marasigan of Eraserheads, CRWN, The Diegos, and upcoming band Lucy Dee across different bars in Poblacion.

What’s a party without food? And how amazing was the concept of The Ruins to have gathered the most talented chefs of the country in one roof! Each one of them reinvented Filipino food classics into the most sumptuous modern versions.

Fresh from the success of staging a jam-packed Cinco De Mayo celebration just one month ago, Z Hostel and the rest of the Poblacion estbalishments have once again turned this humble neighborhood, this time for the country’s celebration of independence, into one epic street party that would definitely go down in history. ‘Til the next one!